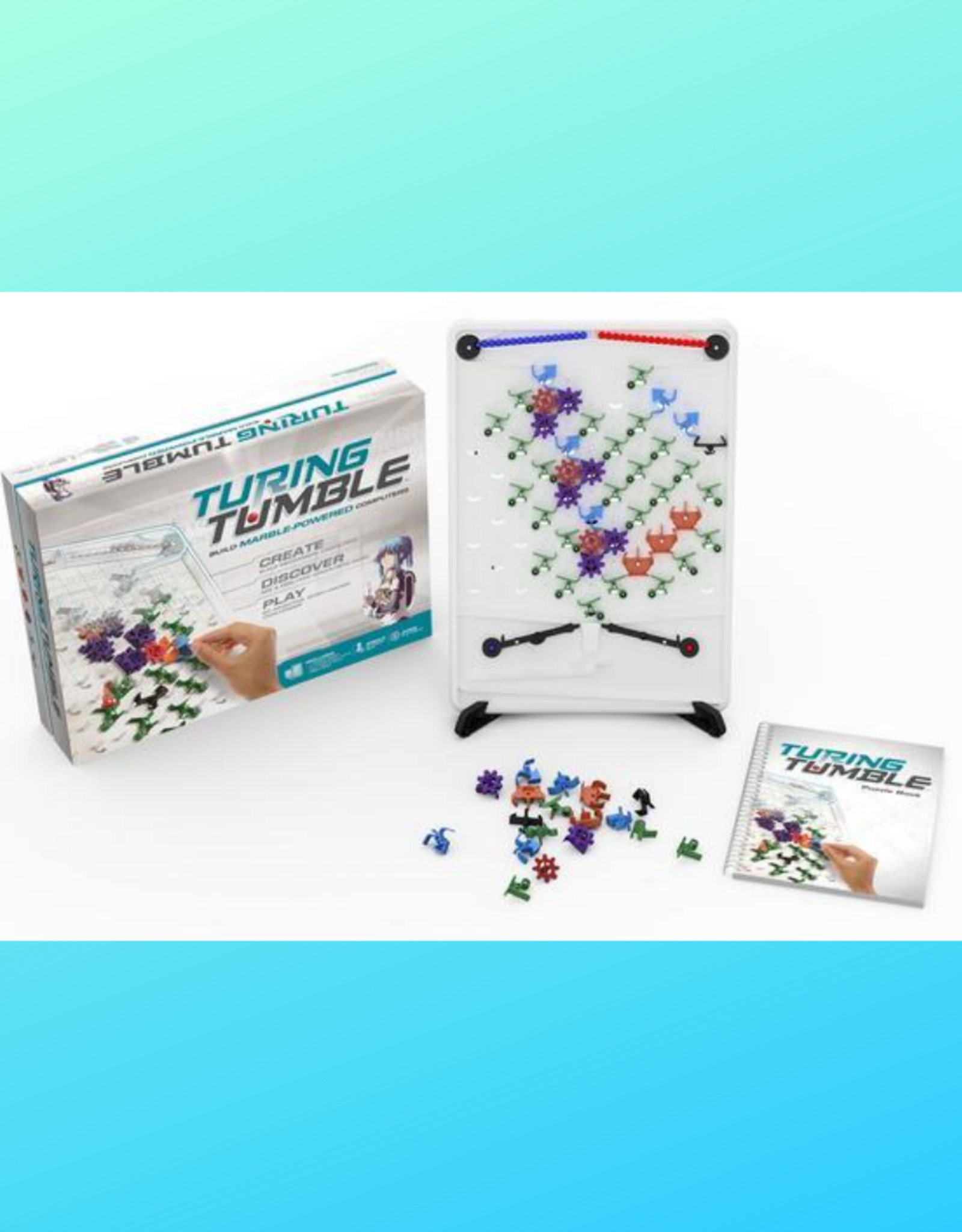 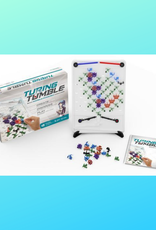 Computers are full of ingenious logic and astonishing creativity. They're everywhere, but most of us don't understand how they work. With Turing Tumble, you can see for yourself how computers work: The logic isn’t hidden inside a computer chip, it’s right there in front of you.

Direct balls in one direction, either to the left or to the right.

Let ball paths cross over one another. Balls come in one side and exit on the opposite side.

The bit adds logic. It stores information by pointing to the right or to the left, like a 1 or 0.

When the computer’s objective is complete, the interceptor is used to stop the computer from releasing any more balls.

The gear bits are mind-bending, but they add a whole new level of functionality. They also make the computer Turing-complete, which means that if the board were big enough, it could do anything a regular computer can do (in theory!).

60 puzzles are woven into a comic story where each puzzle brings Alia the space engineer closer to rescue from a forgotten planet.

Easy to learn, hard to stop.

Select a puzzle
The goal of each puzzle is to build a computer that completes an objective. For example, below is challenge #1. The objective of this puzzle is to make all of the blue balls (and only the blue balls) reach the end.
Build the starting setup
Many of the puzzles require parts to be placed in certain positions to begin. For this puzzle, the starting setup looks like this once built:
Plan your solution.
The Turing Trust, started by Alan Turing's closest family, strives for a world of equal opportunity with technology-enabled education for all. They provide reused IT equipment, loaded with educational resources, and training to schools in sub-Saharan Africa.
Add your review
0 stars based on 0 reviews
Add to wishlist / Add to comparison / Print