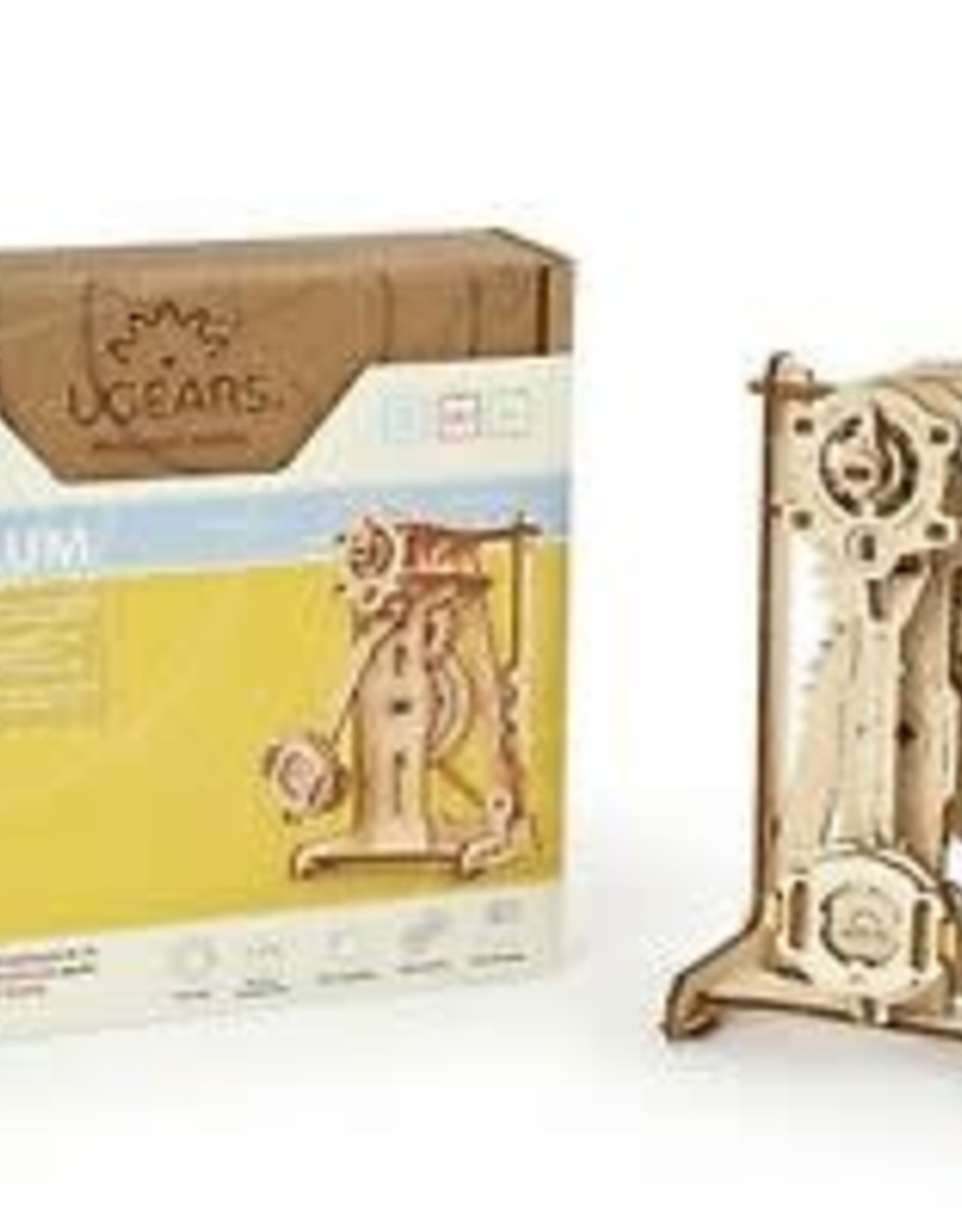 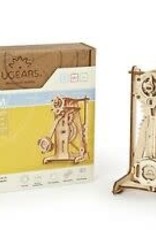 Learn how the PENDULUM works:

The Pendulum is a stylised educational model, an interactive study guide of the mechanism, designated for learning its essentials and principles of operation

The pendulum is one of the basic and most reliable time measuring devices.

Its working principle is based on the model's constant amplitude oscillation under the force of gravity (weight) and potential energy (tension force) of the rubber band.

The rubber band powers the mechanism of the model and compensates for the pendulum's oscillations' kinetic energy loss.

The mechanism is animated by means of gear unit with a windup wheel.

The model has an anchor escapement controlling the frequency of oscillations, a weight, a scape-wheel, gearing, rubber band, ratchet and pawl reducing operation error.

When and who invented it:

The first study of the pendulum was conveyed by Galileo Galilei, an Italian engineer in the end of the 16th century.

He described the property of the pendulum to preserve the consistency of the oscillations.

The first person to use a pendulum in a mechanical clock and ensure a steady rate was a Dutch physicist Christiaan Huygens back in the 17th century.

Self-assembly from the parts, pulled out from wooden boards, based on easy-to-follow instructions.

No glue or cutting required.