The gleaming temple of Sal'ahari Sands is what the eerie skeleton warriors call home. It is here that the undead army, led by the fearsome Skeleton King Sul'thanath, plan their next move against Novelmore. As undead, they fear nothing and no one. Should anyone dare to approach the temple, they are greeted with skull bullets from the skeleton cannon. Before each battle, the undead replenish their energy. To do this, they stand on the magical spring in the middle of the temple and wait until the glowing green slime has fully charged them up and their eyes begin to glow. These sinister desert warriors are not to be trifled with! The playset contains the skeleton king Sul'thanath, as well as the two sorcerer's apprentices Omagus and Andowan, a temple with light module, skeleton cannon, spider webs, torches and many other extras. The head of the figures is equipped with an energy storage device that can be charged by the induction coil in the temple, causing the figures eyes to glow. 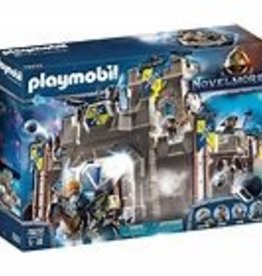 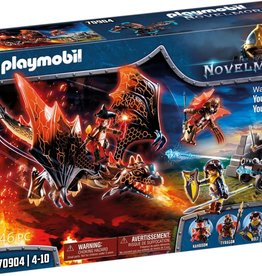