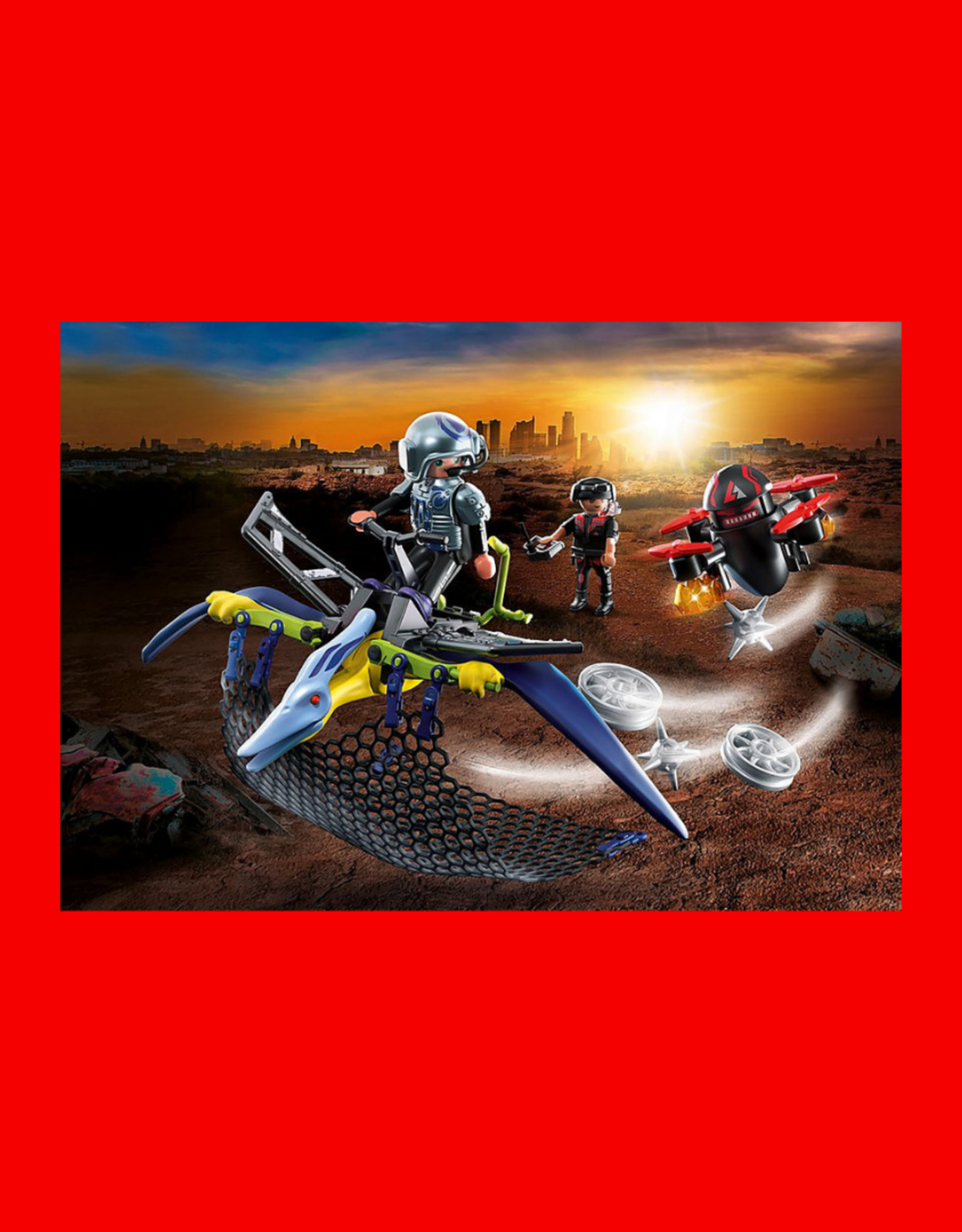 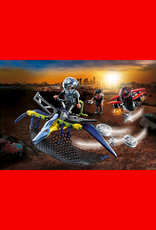 Dinos were the most dangerous creatures in the world before humans learned to control them. They are now equipped with armor to defend themselves and be more effective in combat situations. Dinos are now fighting alongside humans to confront the threat of giant robots that threaten the world. These soldiers are two enemies, but the battle takes place in the air! The Pteranodon aims to capture the enemy drone, but the enemy drone has something to defend itself with! Contains two characters.

Add your review
0 stars based on 0 reviews
PLAYMOBIL /