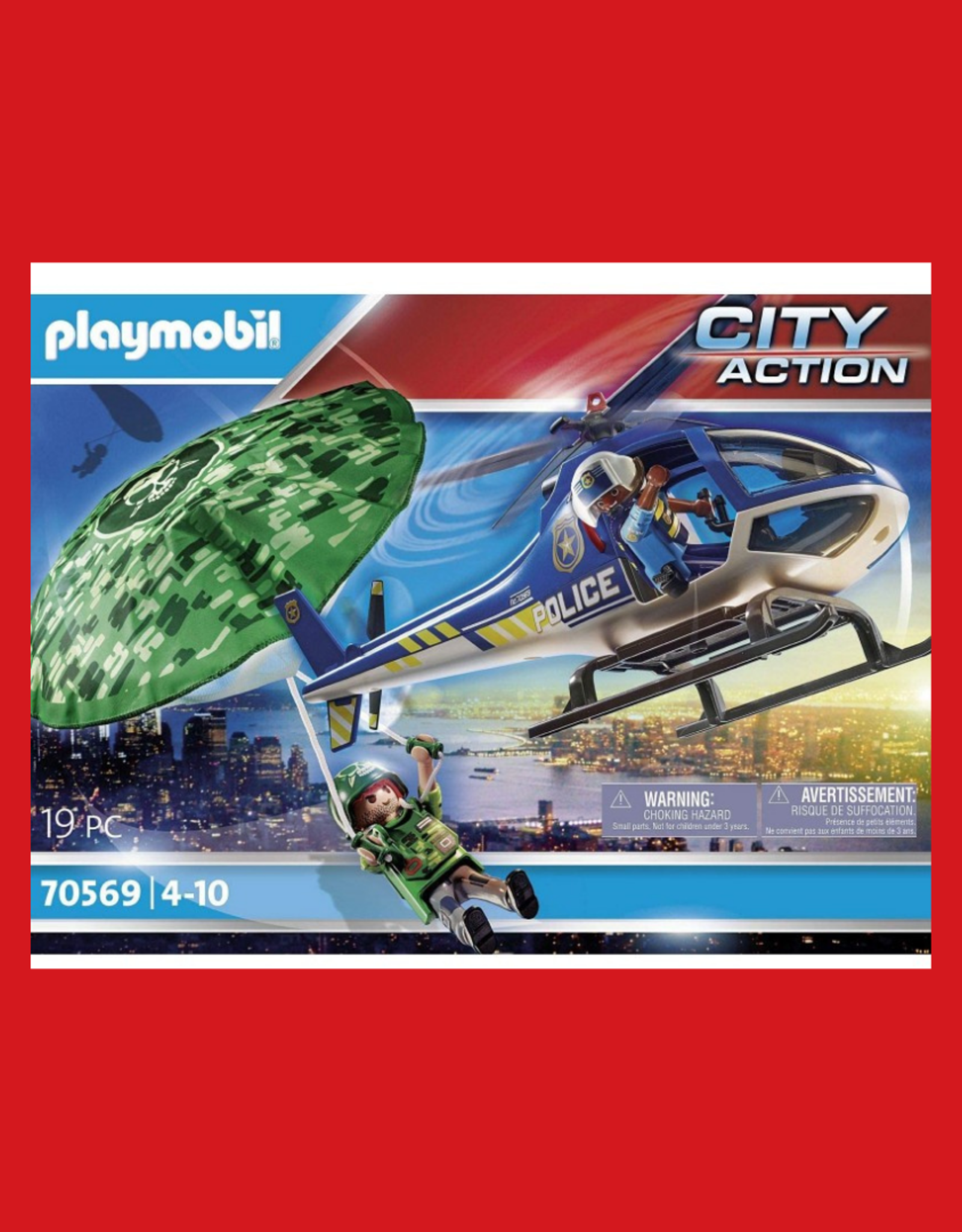 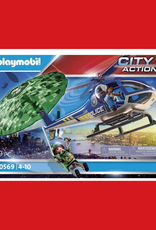 This police operation is a high-profile operation. The crook wants to escape with a parachute. But he did his calculations without the clever PLAYMOBIL police officer in his helicopter. While the thief slowly glides to the ground, the policeman, from the cockpit of the helicopter, always keeps an eye on him. When he lands, he is already expected. The next trip goes to prison. The playset contains two PLAYMOBIL figures policeman and criminal, a police helicopter, a parachute and many other extras for exciting air chases. Throw parachute and figure into the air and watch it float to the ground.

Add your review
0 stars based on 0 reviews
PLAYMOBIL /