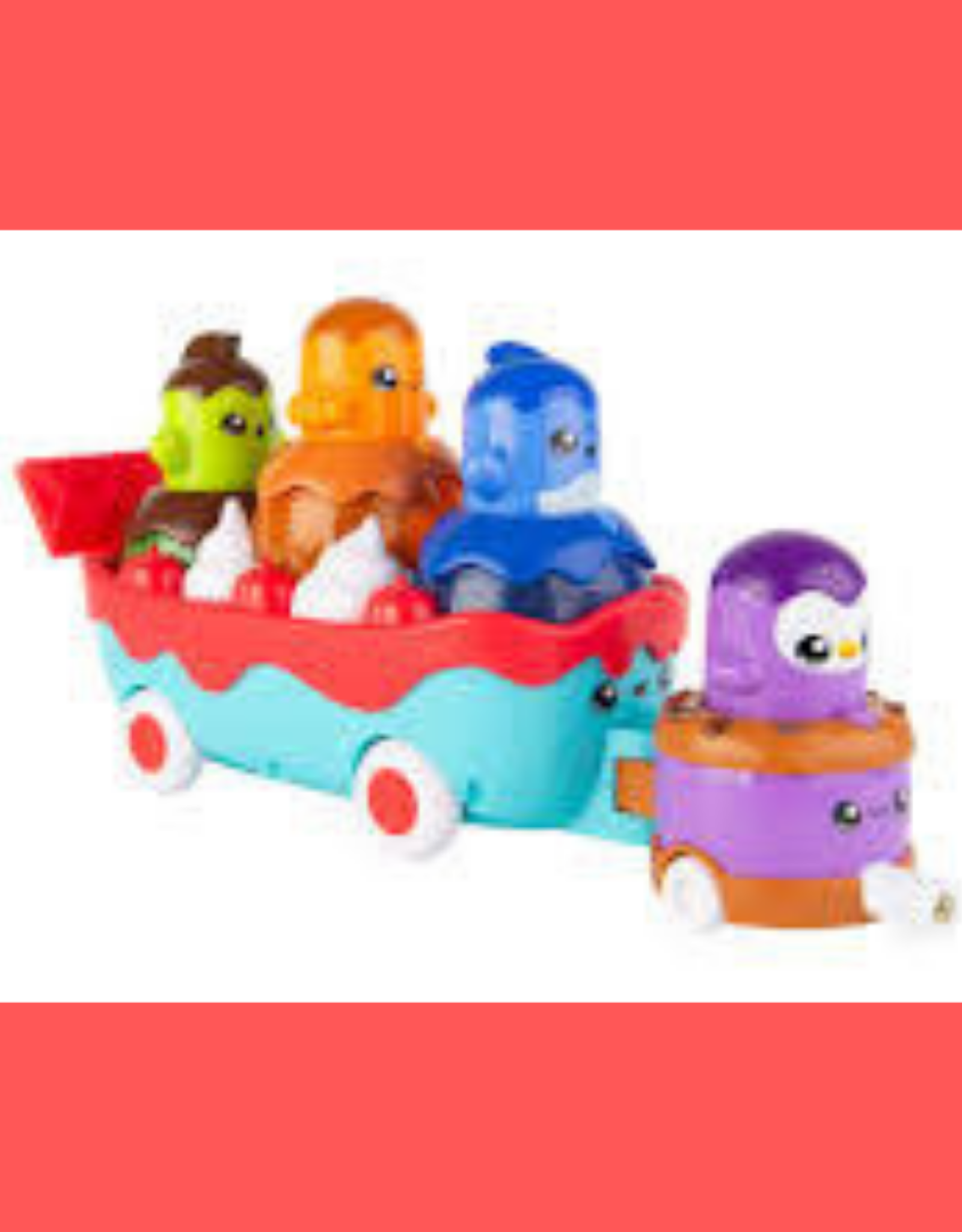 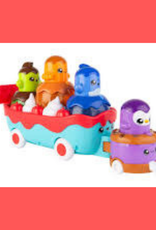 Mix, match, sing, and roll into a playful parade of early-learning fun!

There's a purple penguin, a blue dolphin, an orange octopus, and a green turtle. Each one fits into its own special slot atop the colorful ice-cream-sundae parade float.

Press the buttons next to each animal - Each one sings its own unique song while the whole float lights up with colorful lights!

Then - Ready for even more parade fun? - Collect more Parade Pals sets and connect them to hear them all sing together!