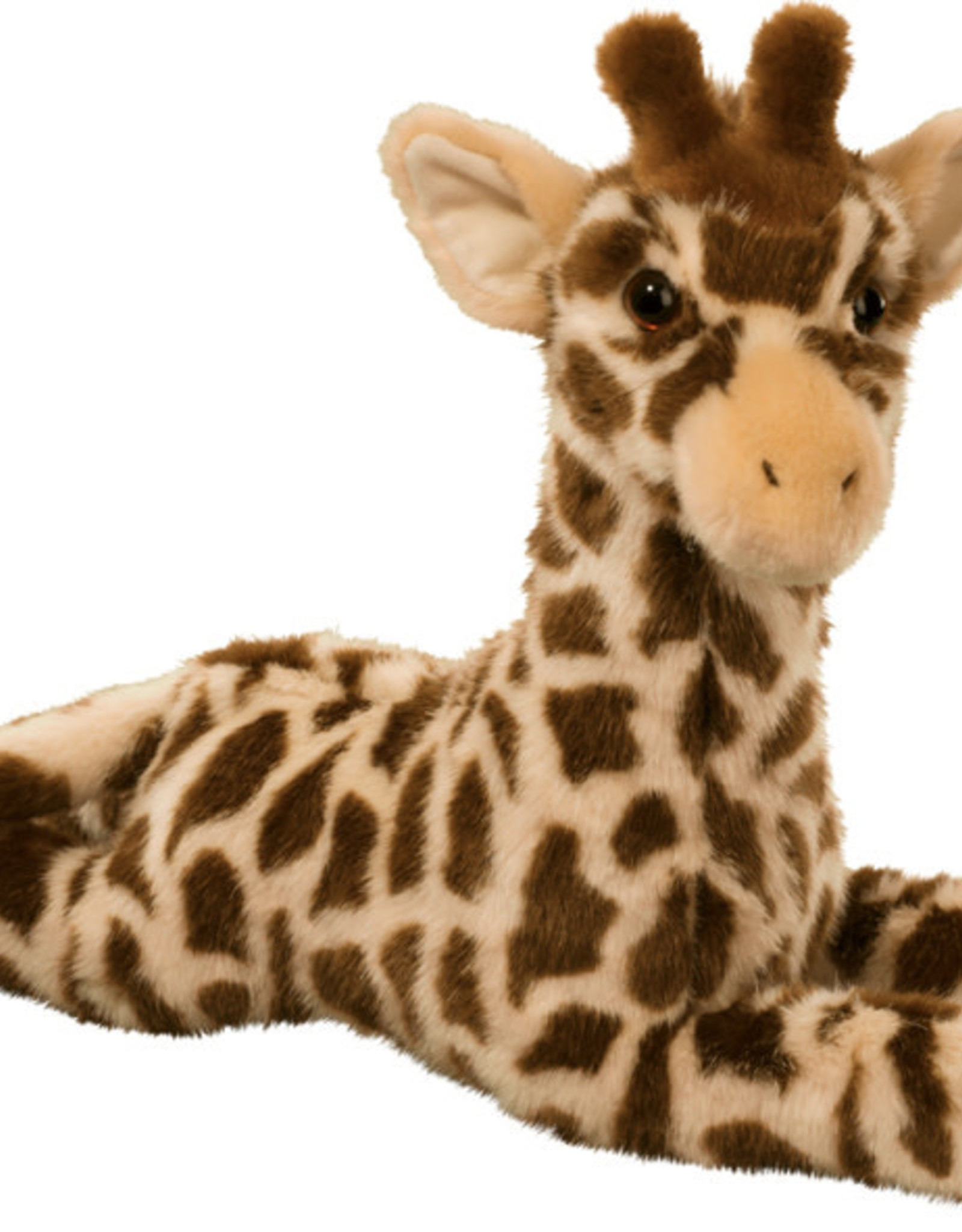 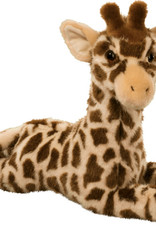 Rich, brown spots pattern Jovi’s creamy colored coat, while his outstretched pose and upright head create an engaging personality that will invite you to interact with him. His appearance is detailed with two, small horns atop his head, soulful, amber colored eyes, and a tassel of fluffy, brown fur at the end of his tail. Bring Jovi the DLux Giraffe stuffed animal home and surprise a fan of these magnificent creatures! Ages 2+